Yes, as a matter of fact I do.
I do want to talk about leggings.

But I also want to talk about a thousand other things – like lemmings – and scream at the top of my lungs for everyone to just STOP – – PLEASE – – just stop hitting “LIKE” and “SHARE” just because it’s there and actually have a thought of your own! Let’s stop liking what we’re told to like and disliking or arguing with things we’re supposed to dislike like we’re little mindless lemmings. Let’s actually question things ourselves for once and even furthermore and most importantly, let’s check out what the BIBLE has to say about it.
We call ourselves Christians… but do we even know what that means? What we stand FOR?

We spend way too much time as “Christians” arguing this issue or that.
Gay marriage. Immigrants. Abortion. Slavery. Politics. Freaking YOGA PANTS.

For crying out loud, the world is well-informed regarding what Christians DON’T believe in.
I started to make a list here, but I honestly think it would be a waste of my typing energy. You already know! You’ve heard about the issues countless times on Facebook, Twitter, blogs, and Christian websites. They’re circulated and argued about relentlessly as all our social media-brainwashed lemming minds have to do is share with a simple “click” and the issue is re-circulated and re-argued.

[BELOW: some images I found online while searching what Christians are against. Disclaimer:// these are not my personal opinion, rather an example of what is circulating in the world.] 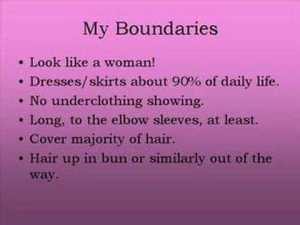 Labeled online as “defining modesty for the Christian woman.” (gag) 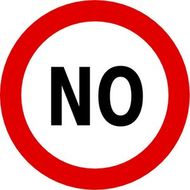 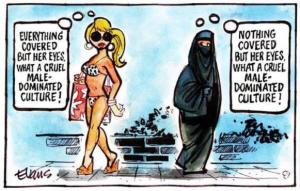 Recently on her blog, a woman shared her decision to stop wearing yoga pants (link HERE). She never claimed it to be a major Christian issue, rather blogged about her personal decision as a Christian woman to heed the Holy Spirit’s direction and do her part in not tempting men to lust after her. 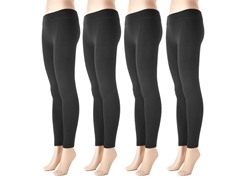 In response to this leggings blog, yesterday, another Christian woman wrote a blog of her own titled, “Ten Things We Should Get Angry About Before Yoga Pants” (link HERE).
Her main point is that Christians spend too much time debating and arguing issues that she believes shouldn’t be debated and too little time focusing on “far weightier matters at stake.”

She writes, “Whether it’s yoga pants or an unsuspecting Target clerk wishing us a “Happy Holiday”, we have become notorious for clutching our collective pearls and hotly debating “issues” that frankly, don’t need to be debated.”
I get this too. 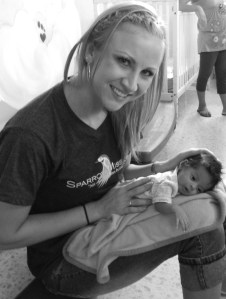 She argues that instead of talking about these “pearls” such as whether it’s appropriate or not for Christian women to wear revealing clothing, we should be DOING something about the greater injustices in the world: Poverty. War. Orphans. Famine.

Three days ago, we were circulating articles about modesty and helping out our fellow brother with our stand against leggings.
Then this new blog comes out, and we’re like, “Yeah! Stop arguing about leggings! Let’s take a stand about something more important!”

(Are you exhausted by our culture yet?? I am!)

FIRST.
For anyone who believes that writers who write about “small” issues should STOP writing about these things and instead focus on “more important issues,” hear me say this:

There are so many “things” to take a stand for – or against – but the issues all come back to the evil of man’s heart and our longing for righteousness.

We are completely dependent on the Holy Spirit, through salvation in Jesus, to battle against darkness. To be sanctified and become more like Christ.
Similarly, we have to be careful not to battle for self-righteousness (righteousness that we think we have by staying inside a set of moralistic and legalistic boundaries), but rather to be obedient to the Spirit in even the most practical of things, seeing that we are sinners and claiming JESUS as our only righteousness.
(I mean, that IS the whole point of this Christian thing afterall!)

“For our sake he made him to be sin who knew no sin, so that in him we might become the righteousness of God.” – 2 Corinthians 5:21

“Indeed, I count everything as loss because of the surpassing worth of knowing Christ Jesus my Lord. For his sake I have suffered the loss of all things and count them as rubbish, in order that I may gain Christ and be found in him, not having a righteousness of my own that comes from the law, but that which comes through faith in Christ, the righteousness from God that depends on faith— that I may know him and the power of his resurrection, and may share his sufferings, becoming like him in his death, that by any means possible I may attain the resurrection from the dead.” – Phil 3:8-11

We are all responsible for listening to the Holy Spirit and obeying in the big things AND the small things – as Paul says – in FAITH.

Why should we think we can tackle the larger issues of the world if we’re unwilling to inspect our own yoga-pants-covered rear-end in the smaller issues?

SECONDLY.
I both agree and disagree with the second writer’s response to the initial leggings post. I completely agree that our hearts should break for those “larger” issues in the world. Of course! Our world is broken and suffering under the hand of the “prince of the earth” (Satan).
It is TOTALLY God’s heart to welcome the stranger, meet with the widow, feed and clothe the poor, adopt the orphan, rescue the slave…
But it is also God’s heart for us to be obedient in the “small “things…
In choosing not to lust. In choosing what to wear so that we don’t cause our brothers to lust. In choosing what we allow into our minds and hearts by our choice of television show or movies. Even in choosing when to open our mouths and when to keep quiet (I am still learning this one… mostly the hard way)!

We shouldn’t be debating these things as if to attempt to establish the final say on what is fitting and right and moral for a Christian.
For example, when I say that we should choose wisely what we allow into our minds and hearts by what movies we watch, there’s no need to begin debating what standard movie rating we believe is appropriate for a Christian… that’s missing the point!
Or if I say let’s make deliberate choices in what we wear to both view ourselves rightly as precious daughters of God and to simultaneously help our brothers fight lust, it’s ridiculous to begin arguing about how many inches long our shorts and skirts should be in order to be considered modest.
It’s also not helpful to debate about how many beers we can have before it’s considered sinning, or how far one can go sexually before it’s considered “sexually immoral.”

These are all totally backwards ways of looking at these things!
Christianity is about FREEDOM!!

If we look at it the other way around, we’re missing the whole point and building legalistic and bitter walls and fences around ourselves that not only entrap and enslave us, but that also keep others from seeing the freedom Christ actually offers.

Jesus came to save us and set us free.
Not to initiate some two-thousand year battle about “issues,” or about which issues are the “most important.”

Jesus battled this with the Pharisees as documented so many times in the New Testament. They knew the law that they shouldn’t commit adultery.
But then Jesus took it a step further and said that everyone who even looks at a woman with lustful intent has already committed adultery with her in his heart.

“You have heard that it was said, ‘You shall not commit adultery.’  But I say to you that everyone who looks at a woman with lustful intent has already committed adultery with her in his heart.” – Matthew 5:27-28

The Pharisees thought they were so righteous because they kept the laws and even tried to catch Jesus breaking them – but Jesus challenged them even further. We’re not only supposed to not murder… but Jesus says not even to hate our brother, because it’s the same.

But this is impossible to do right?

…that’s the point.
We’re incapable of keeping the law of our own power.
We are all broken. And no amount of following rules or setting moral standards saves us.

Only a relationship with Jesus does.

Don’t you see? There are no “small” issues or “large” issues here, they all come back to our sinfulness and the world’s brokenness. And because God says no sin is greater than another, this means that we can’t tell someone to shut-up about one “issue” they feel passionately about while blasting others through a megaphone about what we believe to be more important.

Let’s not be afraid to speak up about what matters, but let’s simultaneously be quick to listen and slow to speak.

I think that if we’re going to address these issues we face as Christians in a broken world and really consider and inspect them, there’s a better way to do it than blasting our opinions on Facebook or leaving angry comments behind the safety of our computer screen.

How about let’s talk about these things in the safety and community of our friend groups and at our small groups through church. Let’s honestly talk about leggings and short skirts and the issues of modesty and lust with our little brothers and sisters.

Let’s learn to have conversations in LOVE (yes, even on Facebook), with the sole purpose of building up one another in Christ. 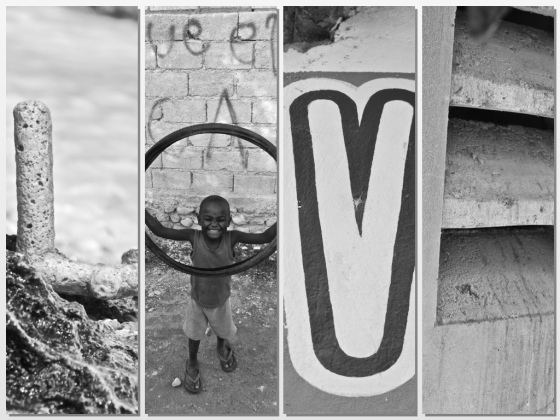 One more angry blog post isn’t going to change someone’s heart (and it’s definitely not going to draw anyone to Christ). It may spark some “YEAH, that’s RIGHT!” for a moment, but then tomorrow, another topic will arise, and the “shares” of that article will push the one of yesterday aside while people outside the faith will shake their heads in disgust at our constant disapproval.

The action that will make the biggest difference in the world – regardless of whether the issue is big or small – starts inside each of our own hearts as we honestly inspect ourselves and bring our hearts before the Lord, begging Him to make us less like lemmings, and more like Him.

“Therefore, I urge you, brothers and sisters, in view of God’s mercy, to offer your bodies as a living sacrifice, holy and pleasing to God—this is your true and proper worship. Do not conform to the pattern of this world, but be transformed by the renewing of your mind. Then you will be able to test and approve what God’s will is—his good, pleasing and perfect will.” – Romans 12:1-2